SnoreCoach helps you to sleep without snoring

Rohnak Murnal
Editor
posted on 6 years ago — updated on 5 years ago
2,989
views
Technology
SnoreCoach is a new device that aims to prevent snoring for people who snore when they sleep, and help also those who sleep near them. 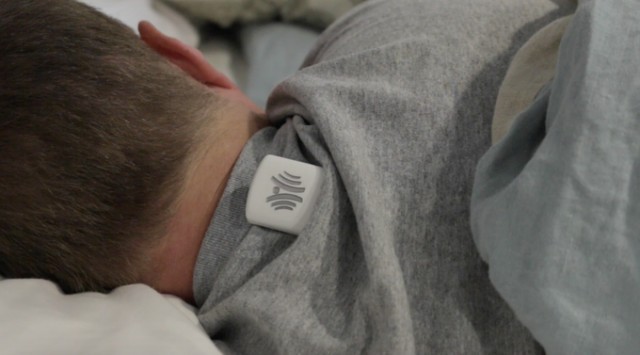 This small device will be located at the top of his shirt in the back, and analyze the sound of snoring using its own algorithm to determine which are the best positions to be taken to get better sleep.

The device itself does not need to be loaded frequently works through a button and battery backup is available for more than a year, and will work in conjunction with the app available for iOS, but an Android version is also on the way.

Its cost in the market will be about $ 99, although can purchase their units at a lower price through the campaign that still is open at Kickstarter, which has little more than a day yet, but has already reached the stated goal of $ 200,000.

Since the company is to be noted that the app spends very little battery, being very efficient in its power consumption to operate throughout the night.

An important aspect is that SnoreCoach wants to be more effective than own fitness bracelets and other devices with tracking capabilities sleep, as it will try to find the causes of poor sleep quality, and therefore try to change the habits of those affected to improve their quality to bedtime.

Those interested will find all the information they need to go on the campaign page .