Lebron James Will Be In Space Jam 2

Steve Mark
Editor
posted on 4 years ago — updated on 3 years ago
3,522
views
Film and TV News Technology
LeBron James, the basketball player most media speak of today will co - star of Space Jam 2 . This has been reported with Warner. 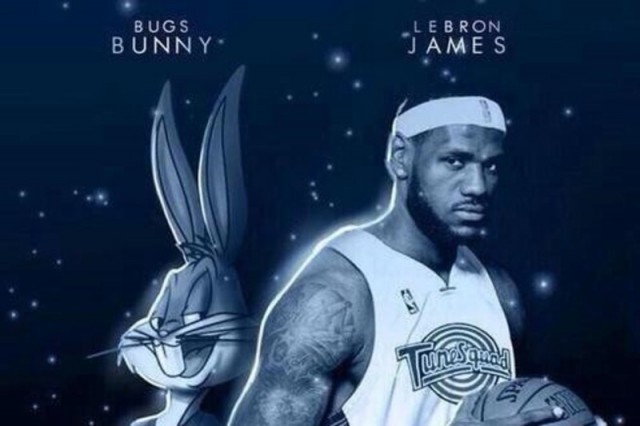 LeBron James, the basketball player most media speak of today will co - star of Space Jam 2 . This has been reported with Warner. In this way, James would succeed Michael Jordan screen sharing in the movie with Bugs Bunny .

According to reports, the film could be directed by Justin Lin , who is about to release Star Trek Beyond . Lin also would be responsible for working with the screenplay with writers Andrew Dodge and Alfredo Botello .

Reports of an apparition of LeBron in this sequel sounded since last year. Then this year Warner and Springhill , James had reached an agreement.

We can Recall that Joe Pytka directed the original film , a fantastic comedy that mixed traditional cartoons with actors of flesh and blood. It premiered in 1996 and was a box office hit , grossing $ 230 million Worldwide.

Note that the second part of 'Space Jam' will not be the film debut of LeBron James . Last year he accompanied Amy Schumer and Bill Hader in the romantic comedy 'Trainwreck', playing a comic role with surprising ease.Hopefully he is lucky taking over from Jordan on the big screen. Currently there is no date for filming or premiere.