A legendary Pokémon appears in Pokémon Go, surprising everyone

Steve Mark
Editor
posted on 3 years ago — updated on 3 years ago
2,985
views
Matt Covey published a few hours ago a video in a local Pokémon fan page Go where you can see how the famous Legendary Pokémon Articuno leads the local gym 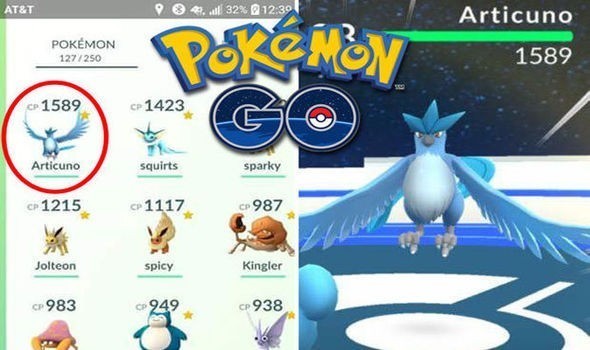 As you know, of the 151 Pokémon from the first generation, there are some who have not yet appeared in the game, as Ditto, or desired by all. The Legendary Pokémon: Articuno, Zapdos, Moltres, Mewtwo and Mew. Initially was expected that these Pokémon will be released only during special events announced by Niantic. But it seems that someone has found the Legendary Pokémon Articuno flying on their map. And it has not been on Everest.

Matt Covey published a few hours ago a video in a local Pokémon fan page Go where you can see how the famous Legendary Pokémon leads the local gym. We can see an Articuno has been caught by the user in the below video.

As expected, all comments generated from the video have been quite aggressive, asking how it is possible that the Legendary Pokémon only appear there. The player says that it is a gift from Niantic as an apology for a problem he had with the company although it shows no evidence of this. Lets hope that we also gets to find the Legendary Pokemon's soon.