Steve Mark
Editor
posted on 6 years ago — updated on 5 years ago
17,112
views
Others Lists
Today we can see the cars designed in Marvel and DC Comics superhero style, However, the list below will make your eyes wide. 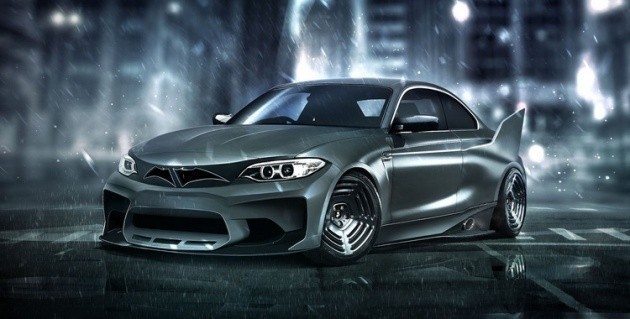 The Dark Knight will be equipped with a BMW M2. Initially, this idea seems quite strange, because people were familiar with Batman images of weapons except kill time in the Batmobile violence versatile, so if there is a concept regarding the minimum Batman least it will be based on the M6 ​​Coupe. It is thought by many people but the Dark M2 also will not let you down.

The car is designed grille shape of Batman symbol, like the ears bat wing inspired by the ancient CSL race car with two sides clinch, for cases of emergency U-turn.