Sherlock: Martin Freeman says that the fourth season will premiere this Christmas 2016 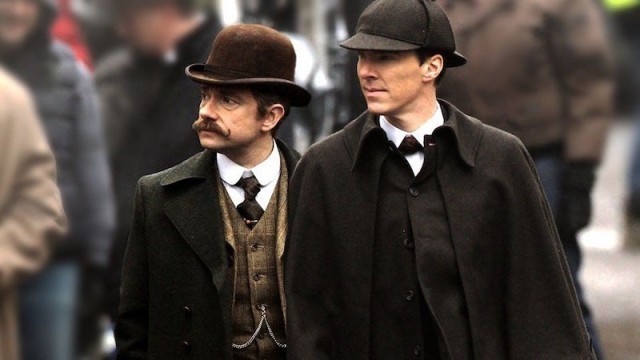 For some time, it was rumored that the fourth season of Sherlock would be released in January 2017 and Martin Freeman apparently just confirmed it.

Thanks to an interview in the program Graham Norton because of its role in Captain America: Civil War , the actor  has advanced what would be the release date of the highly anticipated new season of Sherlock:

We are back filming now and the three shows will, I imagine, be out around Christmas.

Freeman also took the opportunity to explain that fans of the series get a little crazy at seeing them on the set:

There is always a heightened state of excitement and we sometimes have to respectfully remind them that we have to be focused and it’s not a live gig.